It’s that time again and you know the drill so let’s just jump right in!

Remember Stella in Two Peony? It was a sad day when that pretty, ultra wearable scent left South African shores but now it’s back in the form of Stella McCartney Stella Peony EDT (R740 for 30ml, R1 015 for 50ml and R1 375 for 100ml).

The notes: Mandarin orange, freesia, lotus, geranium, pink peony, pepper, amber, patchouli and cedar.
It smells: Like heaven! Imagine the original Stella but much lighter, a bit more floral and with less musk. This elegant yet incredibly easy-to-wear scent was inspired by a ‘blooming English garden’ but won’t whack you over the head with a stiff bouquet. It’s more like skipping through a gentle shower of petals!
Wear it: On a spring or summer’s day when you want to feel ‘pretty’. This would suit a woman of any age, provided she has a youthful spirit.

If you’re a fan of deliciously creamy gourmands you’re going to love Salvatore Ferragamo Signoria Misteriosa EDP (R810 for 30ml, R1 200 for 50ml and R1 730 for 100ml). I’ve reviewed this fragrance before as it’s not a newbie but it’s been relaunched in a gorgeous gold-flecked limited edition bottle inspired by ‘the black mystery of a golden Florentine night’.

The notes: Blackberry, neroli, tuberose, orange blossom, patchouli and creamy vanilla mousse.
It smells: Yummy! I get an initial burst of juicy black fruit pastilles (my favourite!) before the flowers start to appear. Once it starts drying down you’ll be left with a warm, creamy vanilla that, despite it’s sweet and girlie start, is surprisingly ‘grown up’.
Wear it: On a cold winter’s day or a glam night out. (If you’re a super fan like my house mate, however, you’ll wear it 24/7 and even spray it on your pillow!) 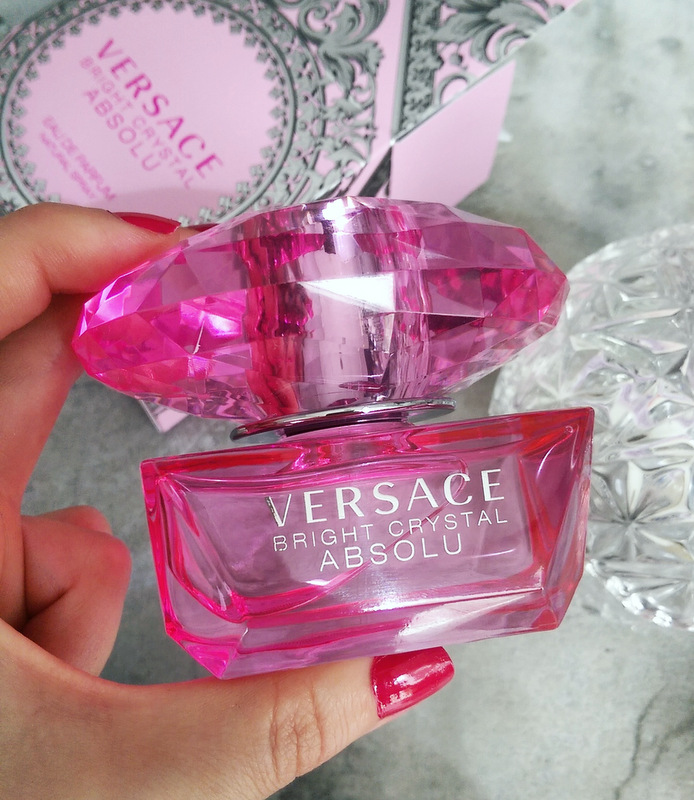 The notes: Yuzu (a type of grapefruit), pomegranate, aquatic notes, lotus, magnolia, peony, raspberry, amber, musk and Acajou wood (a type of mahogany).
It smells: Just like the original fragrance – but amplified! Once the watery top notes fade, the peony and magnolia come through loud and clear but the raspberry gives it a sweet, juicy twist.
Wear it:  When you’re all dressed up (be it day or night), feeling flirty and ready to turn heads with a fragrance trail that unfurls like a neon pink silk Versace scarf.

I remember the year Hugo Boss launched Hugo Woman like it was yesterday because I loved it to bits and wore it to death. That was in 1997, a good 21 years ago, which has made me feel hideously old and gross. What’s new and delish, however, is Hugo Boss Boss The Scent For Her Parfum Edition EDP (R1 375 for 50ml).

The notes: Peach, freesia, osmanthus absolute (which smells like apricots), cistus absolute (a type of resin also known as labdanum) and cocoa.
It smells: Warm and fruity with the peach striking first followed by something herbaceous that I assume is the cistus. Later, the cocoa note comes on strong but, unlike ultra sweet gourmands a la Mugler’s Angel, Hugo’s new juice retains its maturity with a chocolate note that’s very dark as opposed to sugary. While I wouldn’t describe it as an oriental scent, the labdanum does lend it what I can best describe as a hint of smoke.
Wear it: On a night out when you want to feel sophisticated but with a dash of sexy. I could see this fragrance working best on an older woman (i.e. late 30s and up) although anyone younger and very confident could easily pull it off.

When I realised that DKNY Nectar Love EDT (R780 for 30ml, R1 115 for 50ml and R1 395 for 100ml) had a honey/beeswax note to it I wasn’t sure if I’d appreciate it as it’s one of those notes that can either be sweet and pretty (Lush’s Honey I Washed The Kids is a nice example) or completely headache-inducing. I shouldn’t have worried, however, as DKNY’s scents are generally ‘easy breezy’ and Love Nectar is no different.

The notes: Grapefruit, mandarin, nectarine, yellow freesia, solar notes, lily of the valley, mirabelle (a type of plum), beeswax, cedar, vanilla, musk and neroli.
It smells: Like a fresh, aquatic floral sweetened by a touch of honey. I know that apple isn’t listed as a note but I do still get a tiny hint of that signature crisp, clean-smelling apple note that’s so synonymous with DKNY’s Be Delicious range. The fragrance also has a real ‘sunniness’ to it, probably from the solar notes, that, together with the white flowers, reminds me a little bit of the lighter versions of Dior’s J’Adore.
Wear it: On a summer’s day when you’re running casual errands or stuck in the office wishing you were chillaxing in the sun with the girls.

Anything catch your eye?